BLOOMFIELD, Mo., Feb. 21, 2019 /PRNewswire/ -- Today Nestlé Purina announced the expansion of its Bloomfield factory in Southeast Missouri where Tidy Cats brand cat litter is made. The expansion represents a $115 million investment that will allow Purina to meet a growing demand from cat owners. 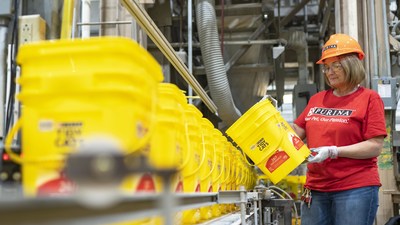 Purina employs more than 3,500 people in Missouri and has had a longstanding presence in Bloomfield since 1976. The 500,000-square-foot factory in Bloomfield currently employs more than 340 people in the Southeast Missouri region. The expansion will add a 110,000-square-foot processing and packaging facility and lead to total job growth of approximately 30 positions by mid-2020.

"Purina's job growth in Missouri for 125 years proves the company's commitment to the state and the people who call it home," said Missouri Governor Mike Parson. "Expansions and job growth like this are essential for Missouri moving forward, and we appreciate Purina's significant investment in the state."

Over the past four years, Tidy Cats sales have grown 18 percent. With a total investment of $115 million by 2020, Purina's Bloomfield factory will significantly increase the production of Tidy Cats LightWeight cat litter and Tidy Cats scoop cat litter.

"Tidy Cats is a significant growth driver for Purina's U.S. business as more and more pet owners demand a trusted, high-performing litter product," said Vicki Felker, Vice President & General Manager of Purina's Litter Division. "Purina is proud to produce one of the best performing cat litter brands on the market at our Bloomfield factory. This expansion reflects an investment in our local operations and our commitment to continue delivering innovative and highly effective pet care products for cat owners."

Purina's expansion in Bloomfield is one example of how the company is making investments to grow the business and advance pet care. In 2018, Purina invested $475 million into its factories across the U.S. for projects that help grow and sustain the business. In Missouri, Purina also has a presence in Springfield, St. Joseph and St. Louis, where the company has been headquartered for 125 years.

"For more than 40 years, Purina has provided quality jobs for Southeast Missouri. We're excited to expand our operations and bring even more jobs to the region," said Purina Bloomfield Factory Manager Jeff Goodmanson.

Rep. Herman Morse, District 151 of Missouri, added, "The addition of more high-quality jobs at Purina will be invaluable to the economy of Stoddard County and the surrounding area as it provides more opportunity for our local residents."

In addition to being a top employer in Bloomfield, the factory supports the Scott County sheriff department's K-9 unit with pet food as well as many area pet rescue organizations in the region with pet food and litter. The factory donated nearly 125,000 pounds of litter in 2018.

The facility also recently contributed $15,000 to support the opening of a dog park in Poplar Bluff, which helped provide benches, agility equipment and dog treats during its grand opening, and supports a variety of other local initiatives for pets, veterans and members of the community.

Future job openings at the factory primarily include positions in production and maintenance. Job seekers can visit purinajobs.com/bloomfield to learn more and be among the first notified when new positions are posted. 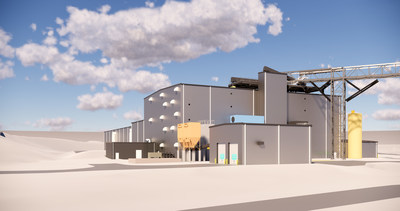