ST. LOUIS, March 31, 2021 /PRNewswire/ -- Just six months after St. Louis CITY SC unveiled its name, crest and colors, the club today introduced Purina as the team's first founding partner and kit sponsor, bringing together two female-led organizations, both rooted in St. Louis and committed to the continued growth and revitalization of the region.

"We have always been committed to choosing partners who embody the STLMade movement, representing the spirit of a new St. Louis, so we are thrilled to partner with an iconic company like Purina that has such deep roots in St. Louis," said Carolyn Kindle Betz, St. Louis CITY SC Chief Executive Officer. "Not only does Purina share our love for St. Louis, but they also have our same vision of working to make our community stronger. I couldn't think of a better company to be our club's first founding partner and to be represented on the front of our team's kit."

As the club's official kit partner, Purina will be prominently featured within the fabric of St. Louis CITY's visual identity on-and-off the pitch when the club kicks off their inaugural Major League Soccer (MLS) season in 2023. While the process in perfecting a team kit that best represents the St. Louis region is still ongoing and will be revealed at a later date, CITY and Purina have already begun discussing how Purina's pet experts will help the team become the most pet-friendly club in MLS.

"Because soccer and pets both bring people together, we believe St. Louis CITY and Purina are a perfect match," said Nina Leigh Krueger, Nestlé Purina PetCare CEO and President. "Enriching the lives of pets and the people who love them is our purpose at Purina, because pets have such a unique ability to make our lives better. We are excited to work with the CITY team to create programs putting pets and sport at the center of community good."

Purina and CITY plan to bring the power of pets to soccer lovers and find new ways to deepen their involvement in the St. Louis community. Whether it's the club working with Purina's Petfinder team to host pet adoption events, promoting youth development through sport and leadership opportunities or finding new ways to bring pet-friendly elements into existing soccer traditions, the new partnership will benefit the entire community, while adding a very pet-centric dimension to the fan experience that will be uniquely CITY.

In explaining what attracted Purina to this partnership, Krueger talks about Purina and CITY SC sharing similar core values and being committed to working together to move St. Louis forward.

"It goes beyond the jersey sponsorship," said Krueger. "When you look at what St. Louis CITY has already done, the investment and the vision, the partnership really makes sense for us based on our shared mission to positively impact St. Louis, now and in the future."

Purina was founded by William H. Danforth and the company has been supporting people and pets in the St. Louis region for nearly a century. Much of Purina's outreach efforts focus on bringing and keeping people and pets together, through partnerships with pet welfare organizations, as well as those that support pet owners in times of crisis, such as pet-friendly domestic violence resources and the Purina Family Pet Center at St. Louis Children's Hospital. Purina works with nonprofit partners to provide social services to area families and create educational and leadership opportunities for area youth. The company promotes diversity, equity and inclusion both internally and externally alongside organizations such as the Diversity Awareness Partnership, Cultural Leadership and FOCUS St. Louis.

St. Louis CITY's first sponsor announcement follows the club's record-breaking merchandise sales and season ticket deposit campaign and as the MLS expansion team continues to build its new stadium, fan pavilion, practice facility and team headquarters in St. Louis' Downtown West, just a short distance from Purina's headquarters, where the global pet-care company was founded more than a century ago. When fans come to watch the first match in 2023, they will be able to see CITY SC's kit sponsor just blocks away – a testament to the homegrown spirit of CITY SC and professional soccer in the region.

ABOUT ST. LOUIS CITY SC
St. Louis CITY SC, one of the few majority female-led ownership groups in all of professional sports, was awarded Major League Soccer's 28th expansion team in 2019. The St. Louis-based ownership group unveiled the club's crest, logo and branding in 2020 and will take the pitch for their historic, inaugural season in 2023. Currently, CITY is constructing an STLMade 22,500-seat world-class soccer-specific stadium, practice facility and team headquarters all within the same urban campus in St. Louis' Downtown West District to create a 24/7/365 fan experience that is furthering St. Louis continued growth and revitalization.

ABOUT NESTLÉ PURINA PETCARE
Nestlé Purina PetCare creates richer lives for pets and the people who love them. Founded in 1894, Purina has helped dogs and cats live longer, healthier lives by offering scientifically based nutritional innovations. Purina manufactures some of the world's most trusted and popular pet care products, including Purina ONE, Pro Plan, Fancy Feast and Tidy Cats. Our more than 8,000 U.S. associates take pride in our trusted pet food, treat and litter brands that feed 49 million dogs and 66 million cats every year. More than 500 Purina scientists, veterinarians, and pet care experts ensure our commitment to unsurpassed quality and nutrition. 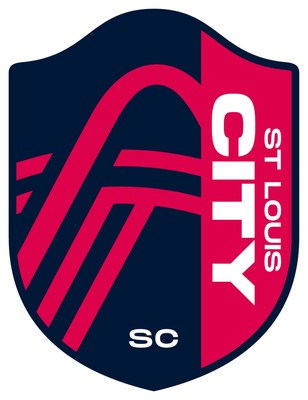 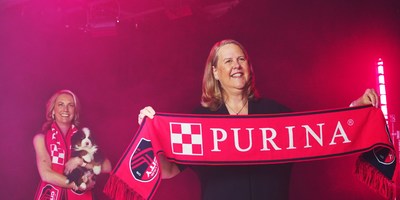 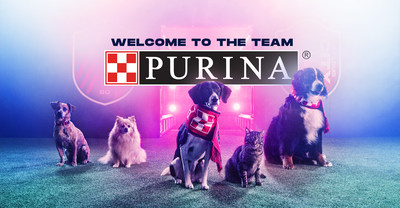 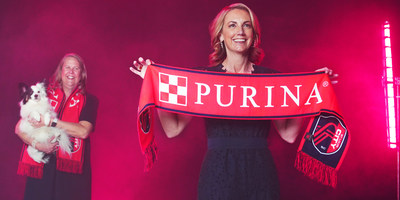